Burn, Hell Burn with Ann-Sofie Back

Talking to Ann-Sofie Back

Anna Wintour is the first to recognize and turn to her advantage that fashion can have a frightful effect on people. When Swedish designer Ann-Sofie Back opened her first store last week in the center of Stockholm, clones of the glamour queen Wintour had been holding Back hostage for her crimes against fashion for some time (watch the video on annsofieback.com). With an injection of dark humor, Back has been questioning the fashion world’s quest for perfection since her first collection in 2001.

This fall she explored the 80s aesthetic of horror movies like Poltergeist, Carrie and Friday the 13th and called the collection “Ann-Sofie Back burns in hell”; a hint to fashion designers who look for far-fetched inspiration when they’re out of ideas. On the runway you could spot Jason’s old hockey mask and models catwalked with pale faces, lips as dark as fresh knife wounds and contact lenses that made them look like zombies or werewolves. In May 2009, Ann-Sofie was appointed head designer of Swedish brand Cheap Monday and although she recently moved from London to Stockholm, she will continue to show her eponymous line at London fashion week. 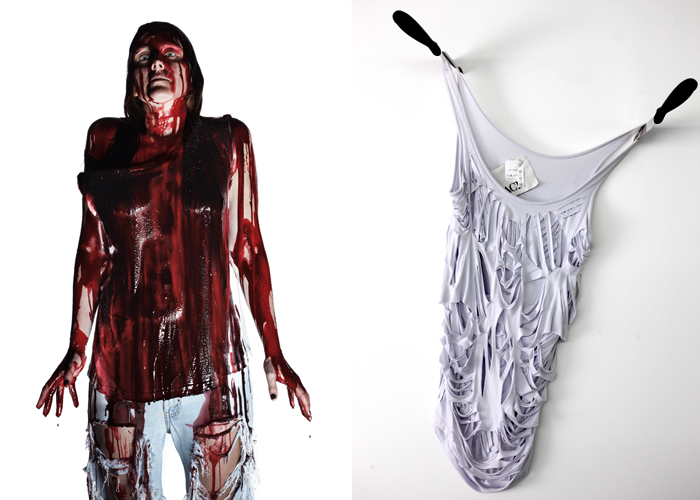 Portrait of Ann-Sofie Back by Jimmy Backius

What have you been contributing to lately?

My dog’s ability to differentiate between her toys by name and breakfast this
morning.

Fat-friendly and anonomyous, I’ve moved back to Stockholm.

What’s the worst job you ever had?

A sandwich belt conveyor, hot dog stand at the central station, office cleaner, shop assistant at Nordiska Kompaniet and packing carrots. It all got spent at Junior Gaultier in Birger Jarls Passagen in Stockholm.

I don’t have time for those. My assistant Anders does them for me, he has me stripteasing for money in “Second Life”.

If you got into a time machine, to what place and period would you travel?

I wouldn’t mind moving to Oregon and open a gas station or something else that is bad for nature but I would never time travel.

What about the future?

Fabber machines. I wish they could make pizzas and Ferraris now! Things will only act better in the future. 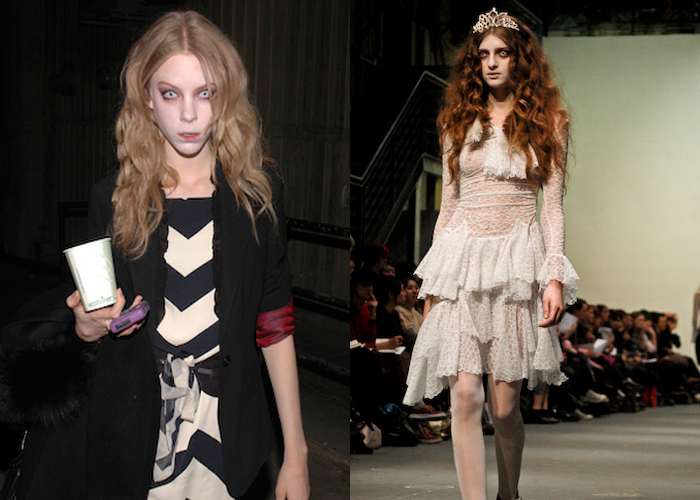