CHRISTINE NAGEL – THE PHYSICALITY OF PERFUME

A woman of passion and conviction, Christine Nagel joined Hermès Parfums in March 2014. She was appointed Director of Creation and Olfactory Heritage in January 2016 and has researched, developed and signed every Hermès fragrance since then. That is a huge task, and an incredible privilege, which Nagel – who was born in Geneva but lives and works in Paris – has cherished since day one.

Her perfumes for Hermès are incredibly textured, sensual and unique. H24, the latest men’s fragrance launched by the French house, is a surprising and innovative aromatic green, which avoids the usual clichés of woodiness and gives narcissus absolute – a precious flower found in Grasse – a brilliant masculine twist.

We caught up with Nagel to discuss what makes her approach distinctive, how the novelty of working for Hermès still hasn’t worn off and why she believes that perfume can lift our spirits in a masked world.

Would you say that working for Hermès is a dream come true?

Absolutely. When the house contacted me, I was at a point in my life where I wanted a change. I was actively considering joining a house, and it was Hermès that I always felt close to. We share the same taste for the ‘just right’, authenticity and a desire to seek excellence. So, you can imagine my joy when it happened.

Your background is a technical one. Do you see it as a plus in your career path?

Yes, unquestionably! Although it hasn’t always been this way, I’m now extremely proud of my past and background. My training allowed me to be really bold and gave me true creative freedom, because I am now liberated from the technical aspects of the work and circumstances that restrict some of my industry peers. For me, such considerations are so deeply ingrained that I don’t even think about them anymore. That is a real strength.

The theme of this issue is ‘My Point of View’. What is unique – and personal – to your vision of perfume?

I find it hard to talk about myself that way. In my work, there is perhaps something tactile, something textured, a particular sensitivity to materials, to the touch, to the sensuality of the hand. People often describe my perfumes as physical ones. I love this quote by Rodin: ‘To give my figures more breadth, I give them more life, I exaggerate them and get more life out of them.’ This is true of my perfumes, too. I accentuate lines, force the materials. My fragrances are never linear.

Hermès Parfums does not follow marketing briefs, unlike many other houses. Can you explain what the process is to get a fragrance validated?

Decisions are made by a very small committee composed of Pierre-Alexis Dumas, Artistic Director of Hermès; Agnès de Villers, CEO of Hermès Parfums; Véronique Nichanian, Artistic Director of the Men’s Universe for men’s fragrances such as H24 for instance; and myself. We forge our own convictions through sharing. We have no market research, no focus groups. Marketing only serves to support creation, it does not influence it. This approach gives creation and the creator a central role.

Is this daunting for you, knowing that fragrances are so important for Hermès?

It is a huge responsibility, as fragrances are the most accessible objects and a gateway into the world of Hermès. So, we have a duty to create. Still, it’s unique to be under no pressure other than the pressure you impose upon yourself, and wonderful to be in control of your own creations, too.

Are there any limits when it comes to the choice of components, or do you have complete freedom of choice?

At Hermès, the beauty of raw materials lies at the core, the very heart of every métier. It’s also, naturally, at the centre of mine. Hermès gives us the unique freedom to choose our raw materials. It’s an absolute luxury, which allows me to go where no one else has been. As a result, I feel I have this duty to be bold. 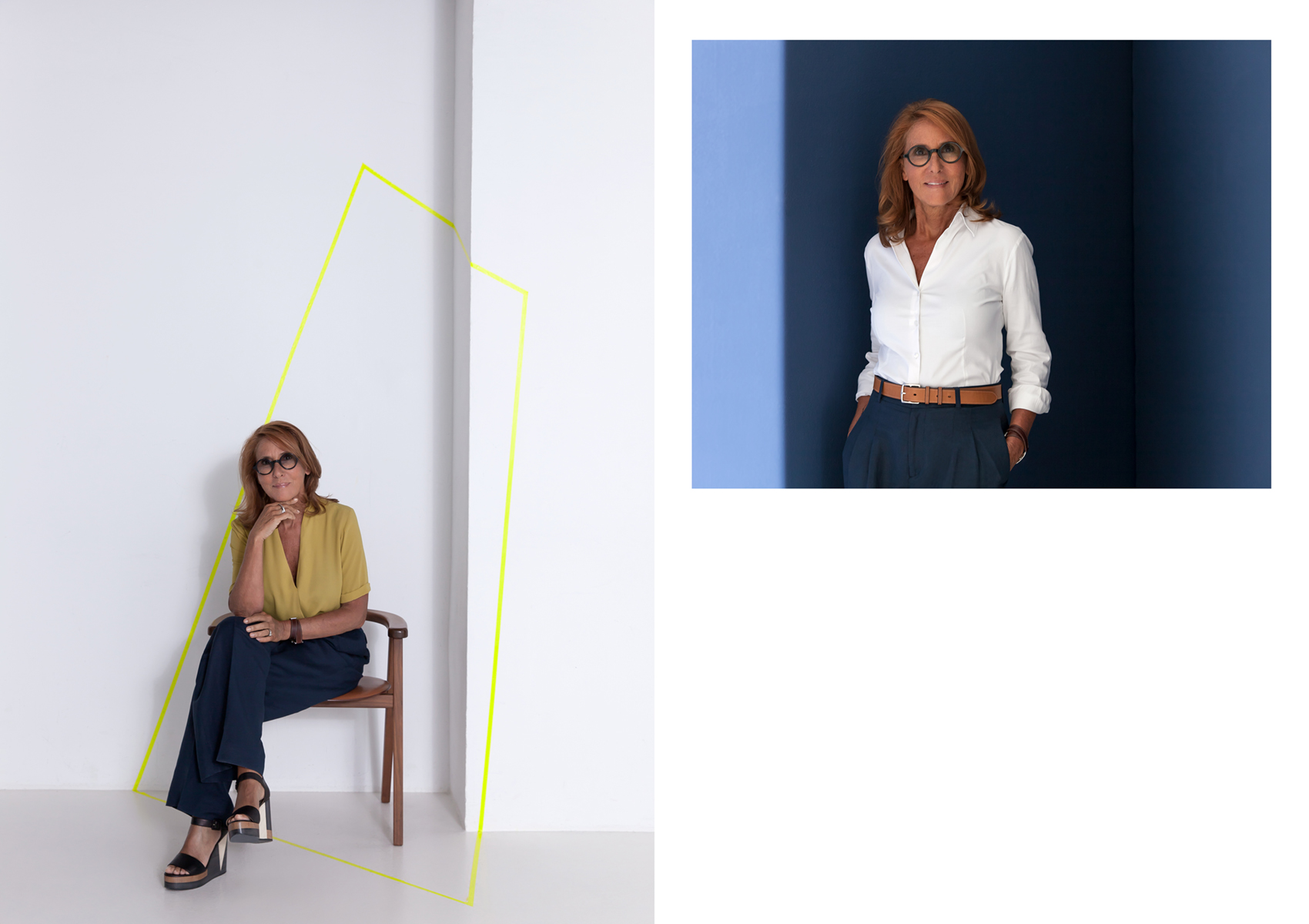 What is your relationship to the fashion side of the company?

Hermès creations are recognisable through their style, the know-how that gave birth to them and their quality. This applies to fragrance, fashion and all the other métiers. As for the relationship with the collections themselves, H24 is particularly revealing, because it perfectly resonates with Véronique Nichanian’s creative vision of the Hermès man. From our interactions, I have identified creative parallels – and many similarities – between my own work and that of the woman who has been leading the house’s artistic creation for men for more than thirty years.

Is fragrance building pure instinct? Do you have a sense of what you want before starting the work?

Creation doesn’t fit into a process. It is, above all, a need, an impulse that manifests itself by giving form to an idea, or multiple ideas, originating from something you have read, a word, an image, a scent. An idea can come from anywhere. The difficulty lies in choosing. Choosing is creating.

In terms of fragrances, what is the spirit of Hermès?

This is a vast topic, which I will try to summarise in two words: uniqueness and excellence. In fragrances, we give precedence to the demand for authentic creation, to stances that are far removed from the market’s conventions, clichés and trends. Absolute rigor in the selection of materials, the development of know-how and attention to detail are all characteristics that nourish the uniqueness of Hermès fragrances. The house will never compromise on quality. Nor on details, even invisible ones. The Hermès style is imbued with subtle elegance, refinement, and a true presence that is neither intrusive nor invasive.

The pandemic has affected our lifestyles and behaviour in an unprecedented manner. How do you envisage perfume in a masked world?

Like everyone, this pandemic has shocked me deeply, and I felt like a powerless spectator of a global catastrophe; then, soon after it erupted, I realised how unique the evocative power of fragrance is. I saw how perfume could make people feel alive. As perfumers, we have a real duty to continue telling stories, to offer travel in an immobile world and to trigger the imagination when people are confined at home.

Why is olfaction such an important sense?

I am struck by the extent to which people who lose their sense of smell and taste feel bereft. I’ve even heard that some lose their interest in life. As smell is an often overlooked sense, which we consider a bit archaic and do not insist on educating at school, we don’t realise the impact of losing it until it’s gone.

You famously argued that fragrance has no gender. Is this something you’ve always felt, or has it become clearer to you while working at Hermès?

It’s a conviction that I’ve always held, well before my arrival at Hermès, having worked for many years with a man who wore Guerlain’s Nahema. I’ve never met anyone who wore that scent better. Western society creates codes that encourage the purchase of fragrances designed for women, men, unisex, young women, teenage girls and so on. We find it very hard to envisage fragrance beyond those codes, as these are frames of reference that help us live in an increasingly complex world. Fortunately, we get to break free from these once in a while.

Is the Hermès woman androgynous?

There is no Hermès woman as such, but there is a kind of Hermès femininity, freed from any form of convention, the opposite of women being reduced to stereotypical images. It might seem like an obvious thing to say today, but a woman is not an object. She is a subject, a person. Hermès does not impose an identity on women, but offers them the opportunity to reveal their personality through the creations they wear, giving boundless possibilities for self-expression. The Hermès woman is also a daytime woman. You will never see glitter or sequins in our eveningwear for instance. It’s about a certain mindset, elegance with an everyday approach, a relaxed attitude.

What makes a fragrance seductive? ‘Sexy’ is not necessarily the word that comes to mind when describing Hermès perfumes.

True… Perfume is poetic, not a concept. It touches, moves, stimulates the imagination, the emotions and pleasures, the pleasure of being and existing. Isn’t it always nice to be asked: ‘What perfume are you wearing?’, and to get compliments about it? Perfume can be protective, too, like an armour, a protective bubble to avoid others or, on the contrary, it can be a projection, seeking to seduce, to be seen, to show oneself. But it is nothing without the person who wears it. It only exists and speaks to the senses in the way it is used, whether that be abundant or discreet.

When do you get your best ideas?

My nose performs best in the morning. As for ideas, creating a fragrance involves working with memories, our own personal archive. Each day brings its share of images, impressions, encounters and moments that leave their mark on me. I store them away somewhere until the right time comes along.

Which Hermès perfumes could you endlessly rework?

What do you think people expect of fragrances today?

Emotion! A perfume can evoke so many things. The associations that each of us make are linked to our own personal history, our memories, fears or joys. Everyone can find what they need for a particular time of the day or year, in a more personal or professional context. The essential thing with perfume is to feel and give pleasure.