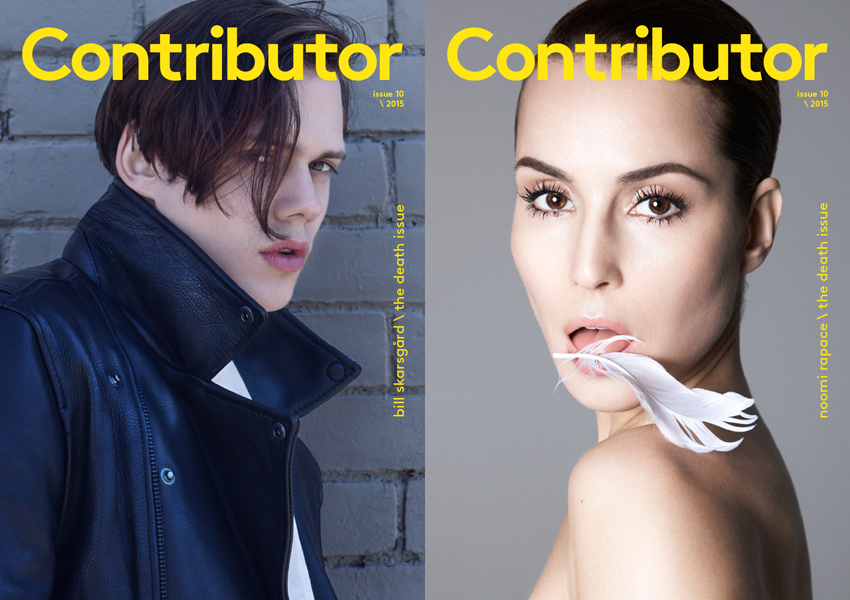 In the tenth print issue of Contributor Magazine we explore the theme of death (included in the magazine are six posters to put on the wall) through the art and photography of contributors Camilla Akrans, Noomi Rapace, Bill Skarsgard and many more. 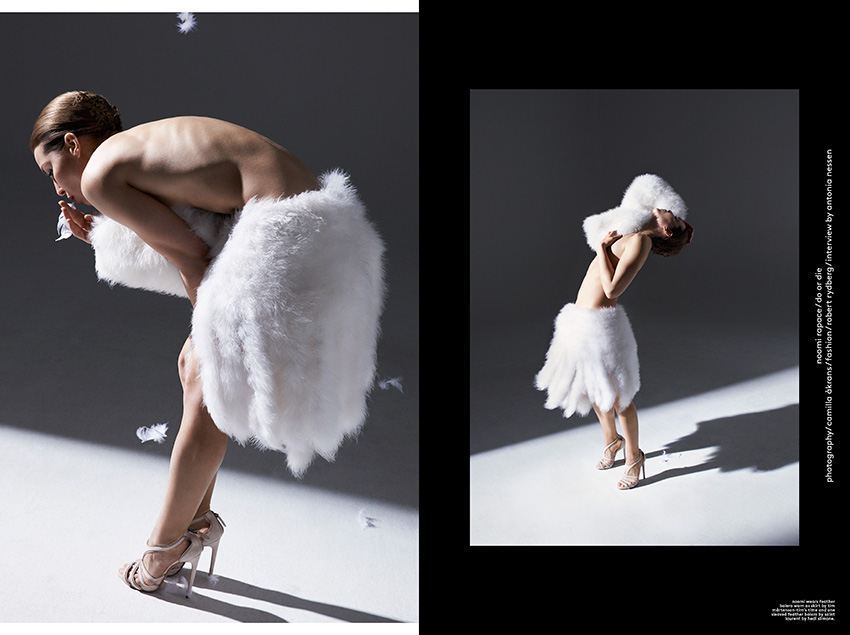 So why are we so interested in this morbid theme? The starting point is Michel de Montaigne (born in 1533) who was excessively afraid of death. He was convinced he was going to die young and thought about death on an everyday basis. When friends and family died of the plague and kidney-stone attacks, Montaigne locked himself up in his château and wrote the philosophical self-help book series par excellence – not much has ever come close since in its universality. His conclusions about how we lose contact with our own human nature by pushing ourselves too hard and therefore also loose control over our lives (and become miserable) resonate in an almost ridiculously perfect way with popular beliefs and tendencies today. In the chapter ”That to Study Philosophy is to Learn how to Die” he writes that we should deprive death ”of the greatest advantage he has over us: let us take a way quite contrary to the common course. Let us disarm him of his novelty and strangeness, let us converse and be familiar with him, and have nothing so frequent in our thoughts as death (…) Where death waits for us is uncertain; let us look for him everywhere.“ 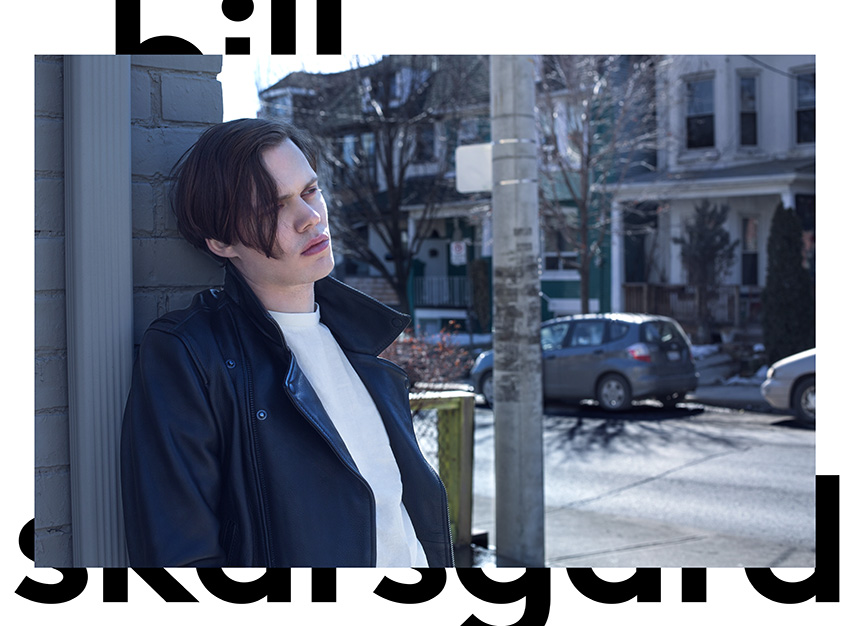 A couple of centuries later, in 1815, Mount Tambora on the island of Sumbawa, Indonesia erupted, causing severe climate abnormalities that had devastating effects on countries in the Northern Hemisphere. The volcanic winter that followed and blocked out the sun resulted in an agriculture disaster leading to riots and poverty. 1816 is consequently known as “the year without summer” and prompted Mary Shelley to write “Frankenstein, or The Modern Prometheus” and Lord Byron to write the apocalyptic poem “Darkness” that told the story of the last man on earth in reference to the bible and the verse “the sun shall be darkened”. But whereas Michel de Montaigne has faith in God, what is significant of Lord Byron’s “Darkness” is that it is a truly secular in its standpoint and the destruction isn’t a divine punishment but the work of nature, our universe. Instead of helping each other out, the last men on earth die in fear of each other and resort to cannibalism. Rather than approaching the future with what we have come to regard as modernity’s ideas of growth, progress and optimism, Byron plays with a pessimistic stance and seems to want to tell us that the future is not what we expected it to be. Interestingly enough Lord Byron’s thought experiment is reminiscent of an important masterpiece of the 20th century: “The Road” by Cormac McCarthy. The dystopian book reveals the frailty of everything we call civilization and in the wake of disaster the most useful objects turns out to be a shopping cart and a can of soda. But Cormac McCarthy is more optimistic than Byron in the sense that there are still some traces of what we like to consider the best parts of human nature: the love between a parent and child. 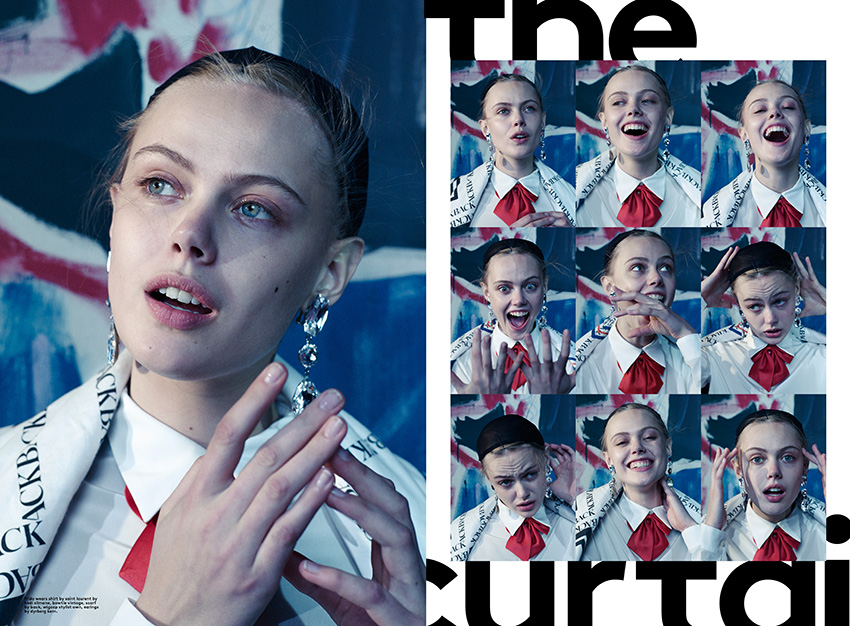 So where does that leave us? In her latest book, Zukunft als Katastrophe, the prominent professor Eva Horn of the University of Vienna, takes a closer look at dystopian literature and film and points out that we haven’t been as interested in the idea of the catastrophe that will wipe us all out since the 1950s and only fiction makes it possible for us to experience the “what if”. In fiction, the end of the world is clearly something that we force upon ourselves even though we are not even certain where the threats are coming from in today’s interconnected world. So why are we so interested in these themes? Alongside Eva Horn, philosopher Slavoj Zizek, has dwelled on the subject of disaster movies and suggested that it is difficult for us to imagine a global utopian project through any other means than the catastrophe. In disaster films we need to cooperate and pull together in order to survive and therefore Slavoj Zizek states that the genre is perhaps the only truly optimistic one that exists today from a social perspective. 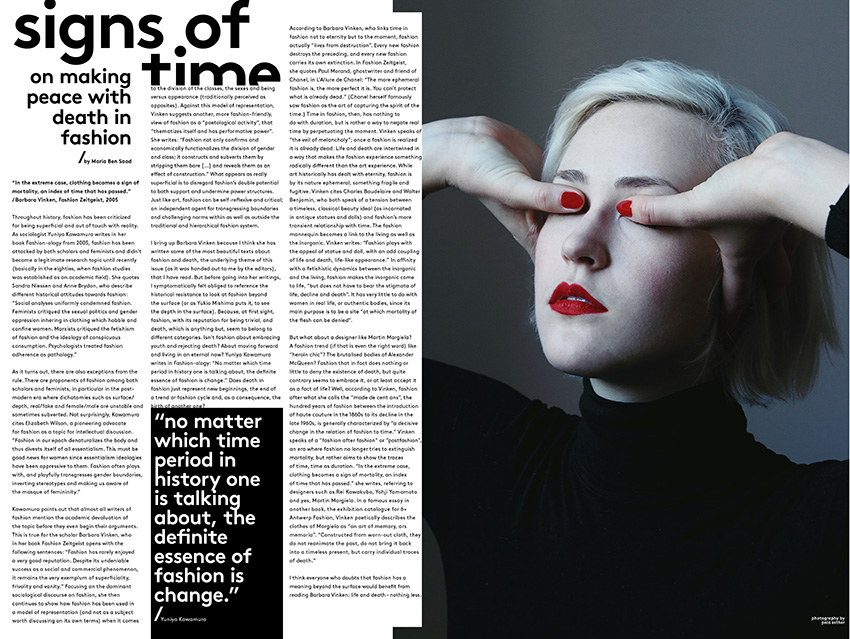 To wrap things up – the idea of death is not always as melancholic as it seems at first glance and it can give us a perspective on how to improve our lives and societies for the greater good through joint forces and looking past the Ego – in the words of Michel de Montaigne -”we are born to action. ”When death shall come, he me will find engaged on something I’ve design’d”. 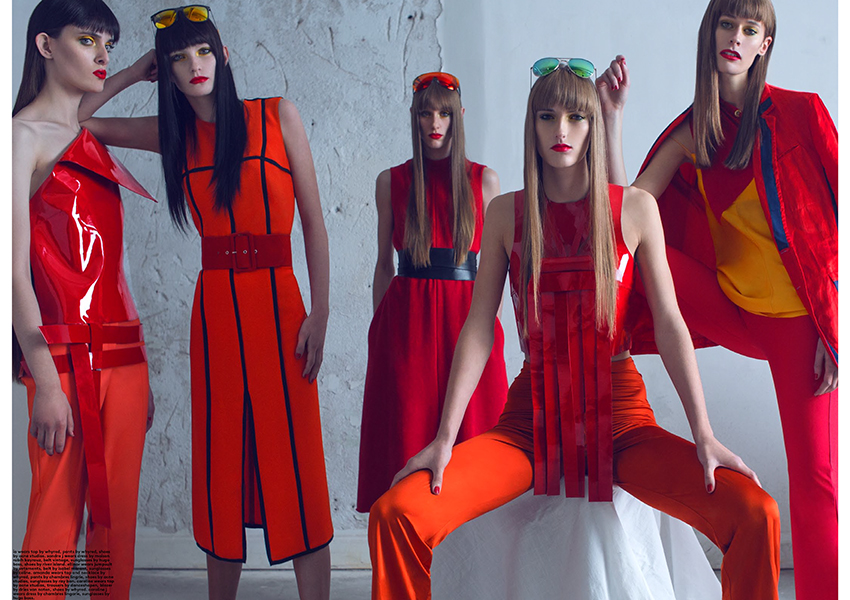