Innovatively promoting the interaction between artists and audience, Stefanie Hessler is a dedicated curator involved in several interesting projects and the founder of the progressive art space Andquestionmark in Stockholm. We met with her to talk about the curating process, multisensory experiences, and the negotiation between “real” and virtual worlds. 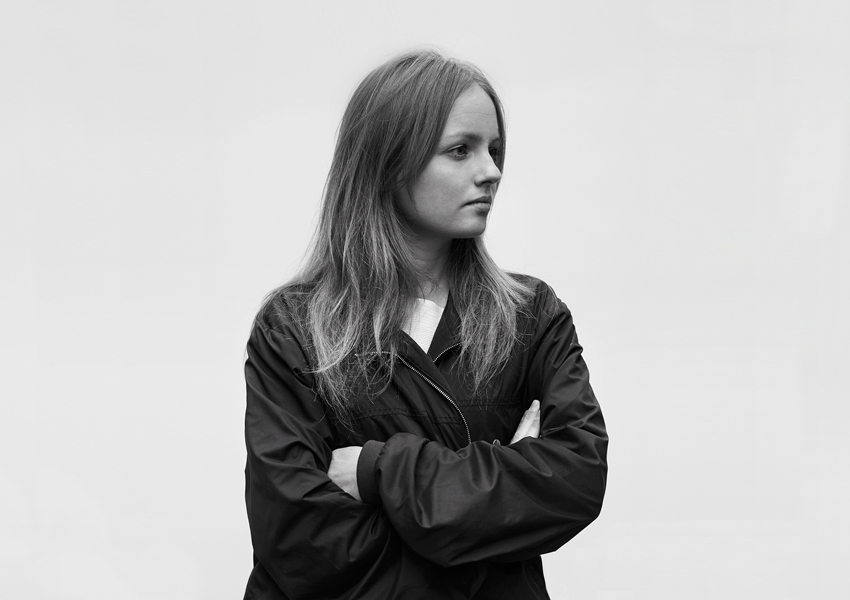 Antonia Nessen: You grew up in Frankfurt during the ’80s, you’ve studied in the South of Germany, lived in Brazil and Chile, and now you’re based in Stockholm working as a curator and writer. Why did you choose a career in the art field?

Stefanie Hessler: I enjoy thinking things through in a different way and that’s why I decided to go into art and not medicine. I want to be able to think in an interdisciplinary or perhaps non-disciplinary way, without having to stick to certain rules that exist in much of academia, law, and many other fields. Of course there are rules and restrictions in art, but they are much more malleable.

AN: What are you currently working on?

SH: I’m working on an exhibition for Museu de Arte Moderna in Recife, Brazil, on the subject of speed and acceleration. Things have been moving so much faster since the Second World War, both in terms of data and the destruction of the planet, where we’ve been trying to extract more from the earth with faster and more aggressive methods. I found the performance Pause by the German cabaret dancer Valeska Gert, who in 1920, during the economic boom of the Roaring Twenties, went on stage and stood completely still. Her work precedes John Cage’s 4′33″ by thirty-two years, which is quite incredible. Both came after a war and during economic boom: at times of increased acceleration.

I’m also interested in how chemical substances go along with a certain speed that is present in society at a certain moment. People started using amphetamines to speed up their bodies in the early twentieth century. At the same time in art you have the Futurists who created these machines, and also thought of human beings as machines. Then in the ’60s you have psychedelia and the moon landing – the expansion of the universe and at the same time the expansion of the mind. I’m interested in how all of these elements go hand in hand. 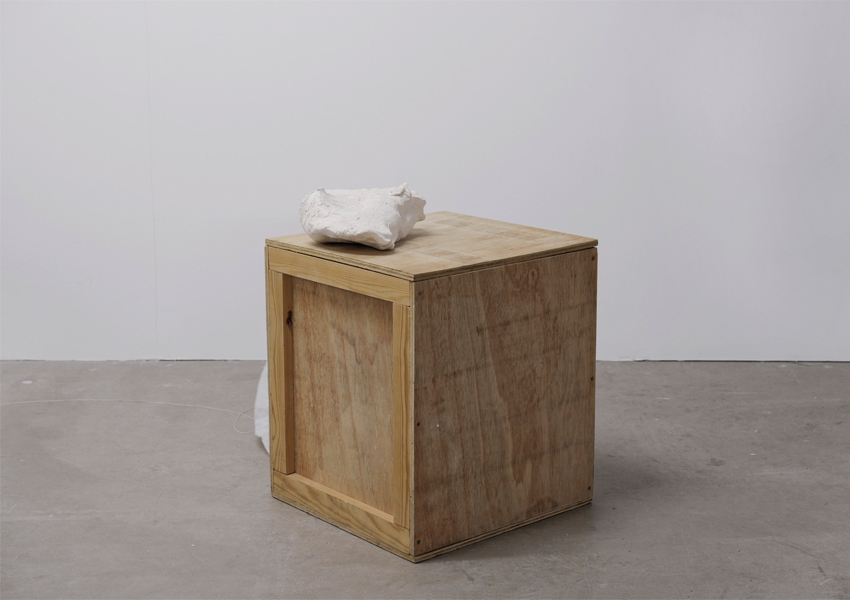 AN: Although constantly traveling for work, you have been based in Stockholm since graduating from the Curating Art Master’s Program at Stockholm University where you’re now a lecturer. How do you usually start the curating process?

SH: In this case it was the artwork by Valeska Gert that I came across first. I’m really curious and I love to combine different things and find similarities or differences that I want to bring together. It is important to me to see what is going on elsewhere, because I see myself working internationally. So it is crucial to have an overview and I have friends and professional contacts in many different places that I’m in conversation with.

AN: How would you, in a few words, describe the relationship between art and society?

SH: It is really interesting how artists contribute to shaping ideas, feeding them back into society and in the best cases, collaborating with people from other disciplines, such as science. Now, for instance, there’s a lot of talk about the Anthropocene, the era we’re living in when humans have had a profound and lasting impact on Earth and its ecosystems, including mass extinctions of plant and animal species. That discussion is something that artists have picked up on very quickly, making exhibitions and artworks about it. 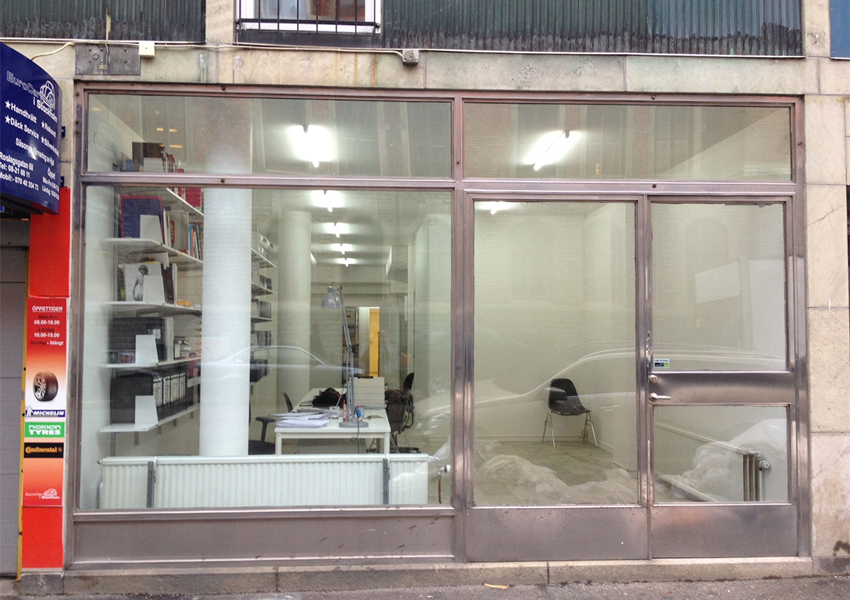 The space Andquestionmark in Stockholm, run by Stefanie Hessler and Carsten Höller.

AN: The creative collaboration with Brussels-born German artist Carsten Höller is the closest you have had with an artist to date. You have been his studio manager and recently finished working on the production of his UK survey show Decision at the Hayward Gallery. Why did you decide to start the art space Andquestionmark together?

SH: I had this salon in my apartment for almost two years where people would get together in a situation between private and public space. That really didn’t exist in the art world in Sweden. You’d go either to a gallery or a museum opening, which is an opportunity for mingling and fun, but you didn’t really have a space in Stockholm where you could experience art and have conversations about it in a more informal way.

AN: Andquestionmark has since 2013 organized memorable one-night events with, amongst others, Linnéa Sjöberg who presented her mobile tattoo studio and Shimabuku who introduced visitors to small edible triangles made from the ovaries of sea cucumbers in the North of Japan, as well as hosting the first Swedish Normcore Convention. What is the overall theme for Andquestionmark?

SH: We decided that the theme would be unsaturated, open artworks, works that require the presence of the audience, if not participation then at least a different spectatorial agency where you are co-present in the space at the same time. The works are open, or incomplete, until they happen, and an audience is there to experience them. All the works presented at Andquestionmark are performative in a way; sound works, performances, and new pieces that we commission from artists whom we find interesting. 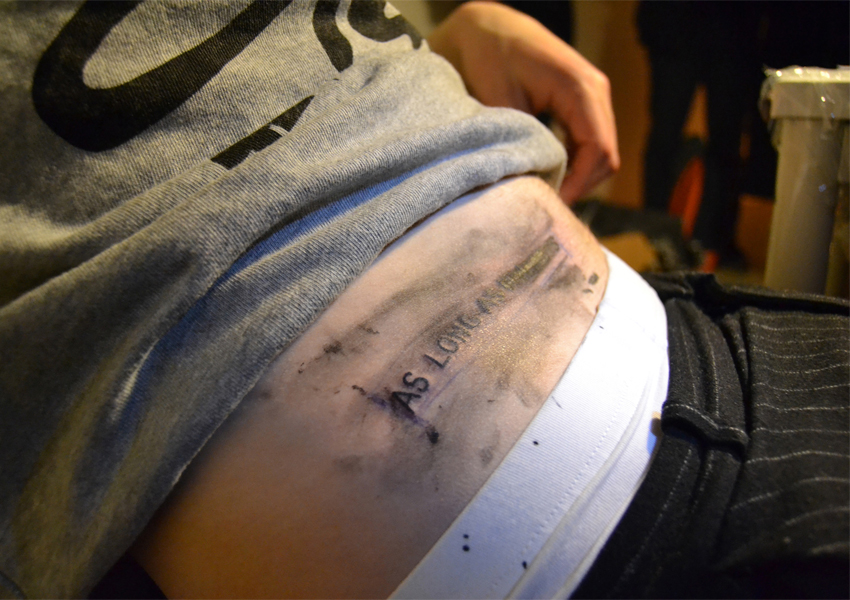 AN: Christine Sun Kim created one of the site-specific works you have commissioned. Tell us about her piece 4×4.

SH: Christine Sun Kim was born deaf and often produces works to make noise perceivable visually, physically, or conceptually. For us, she created four different soundtracks by asking other people to lend her their voices, among them artist Tony Conrad and musician Matana Roberts. She then put these voices into different frequencies that were so low that you couldn’t really hear them but you felt them in your body and in the architecture. The windows were shaking at a certain frequency and other parts of the building at another frequency. She created this third space between hearing and non-hearing.

AN: Andquestionmark is neither a gallery nor a commercial art space, right?

SH: We don’t sell anything, but we believe in these artworks and believe that it is important to have this kind of place. It is fun. We are very flexible in how we do things. Some of the events planned for the fall and spring are with the San Francisco-based artist and curator David Kasprzak and German sound artist Florian Hecker. We are always planning future events, but the dates depend on constant travel and other commitments. 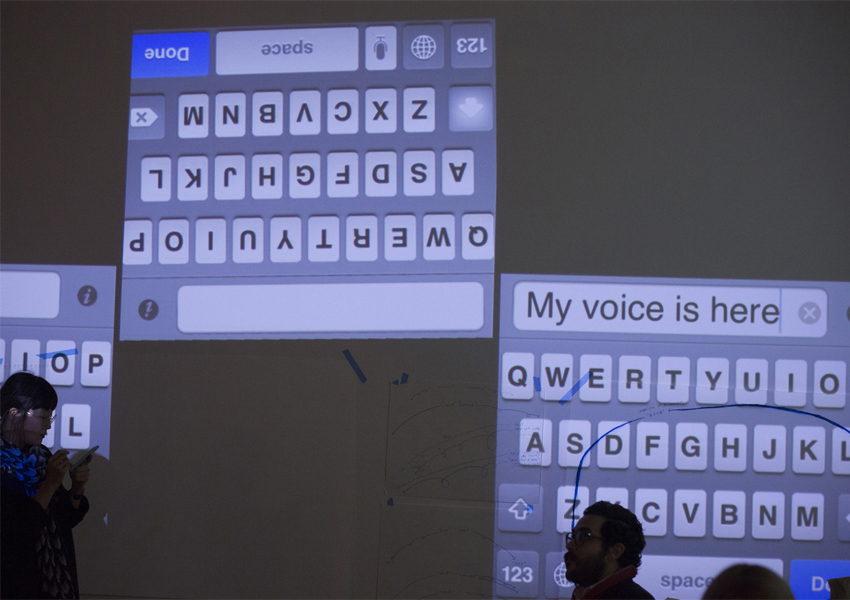 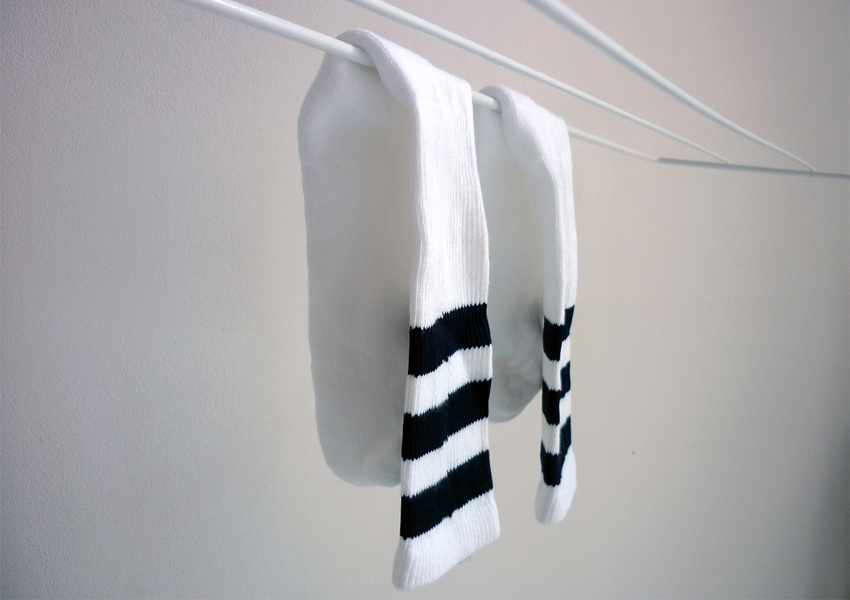 AN: Is there a question or problem that fascinates you at the moment?

SH: I think there is a lot of negotiation between online and offline space, which is something I have been interested in for a long time. I think it is dissatisfactory how these spaces have been understood as divided until now. All the information is squeezed into a tiny screen – it is not embodied at all and it doesn’t relate to our 360 degrees of view, smell, and touch. It doesn’t account for our bodily experience. It is really a shortage of infrastructure or available technology. I think art can create experiences that connect the virtual and the actual, physical world.

AN: You were chosen to be a member of the curatorial team for the 8th Momentum Nordic Biennial of Contemporary Art that opened in June 2015 outside Oslo. This is a very prestigious task that sets out to profile young artists and present the international context within which they work. The theme explored by this year’s Biennial was tunnel vision as an artistic condition in connection to today’s networked culture. Could you elaborate on how the Biennial addressed altered states of mind?

SH: In Momentum several works aimed at evoking altered states of mind: a commissioned scent by Sissel Tolaas, a soundscape by Zhala, and a fog chamber by Fujiko Nakaya. Swedish artists Lundahl & Seitl created a parcours in which participants were blindfolded and led around the space while listening to a site-specific soundtrack. The work blended experiences deriving from the physical space and architecture with imaginary worlds. It included a car ride, also blindfolded, during which, even though I knew the piece, I felt like someone had pulled the rug out from under me and I had departed into a different dimension. This entanglement between “real” and virtual worlds, not only from a cognitive point but also as bodily experience, is something I think – and hope – we will see more of. 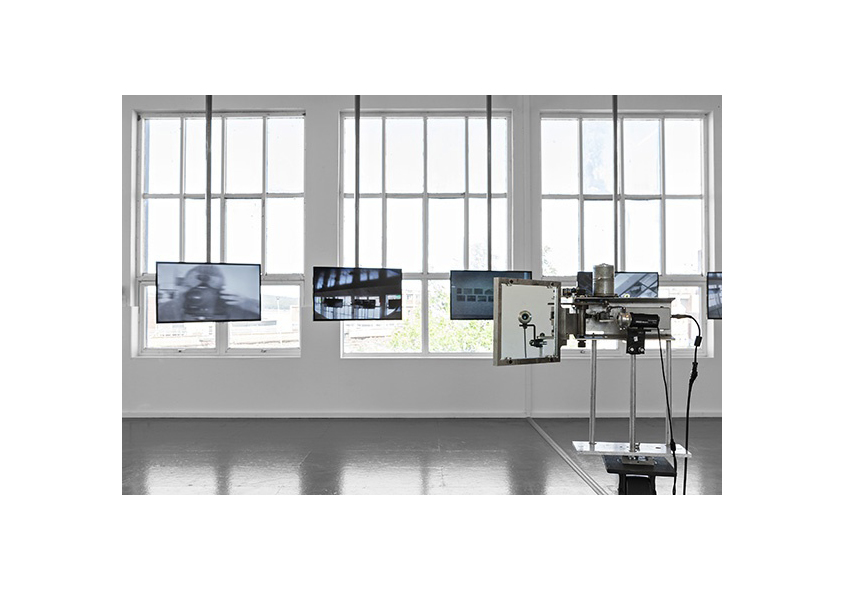 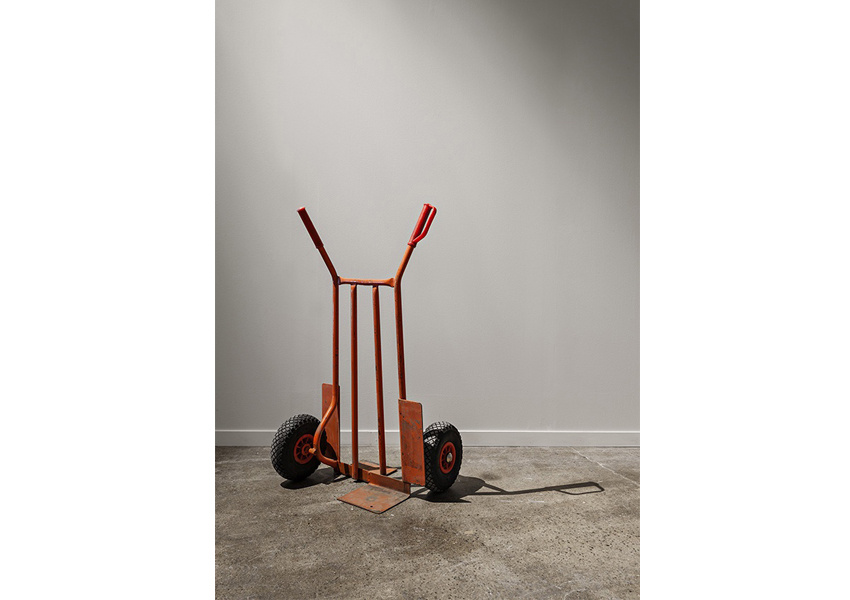 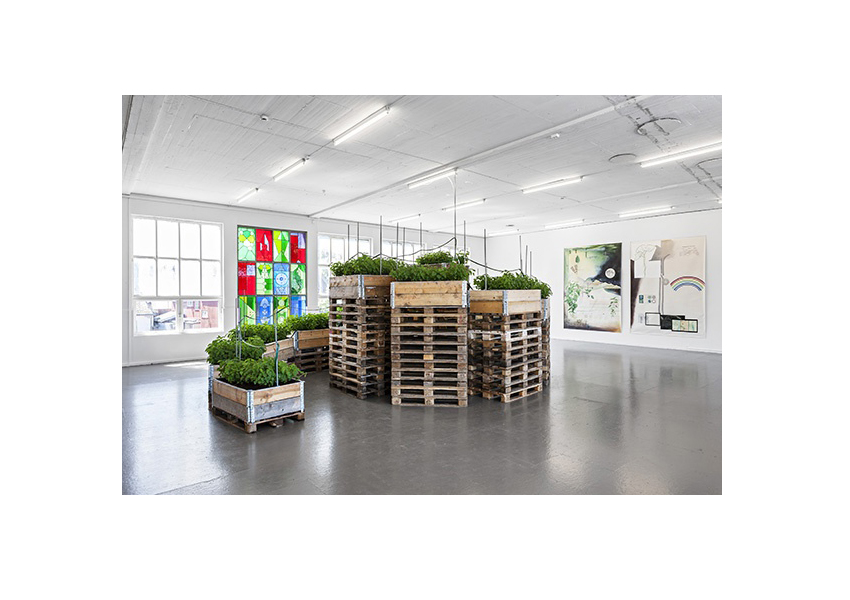 AN: You are the curator of Winter Event – antifreeze, the upcoming exhibition by versatile Swedish artist Katja Aglert at the Museum of Contemporary Art in Santiago. What is your relationship to Chile?

SH: I first went to Chile in 2008, and have been returning ever since. I often collaborate with a space called Die Ecke in Santiago, run by architect Paul Birke, which is where I curated Carsten Höller’s exhibition Half Past and Half To, looking at divisions, doubles, twins, and logics that are so logical they become confusing or contradictory. Katja Aglert’s exhibition Winter Event – antifreeze at the MAC looks at the dramatic and loaded landscapes of the Arctic from a norm-critical perspective. She involves performative elements to consider the potential of change through repetition.

AN: What currents do you find especially interesting in Chile right now?

SH: New generations of artists born after the end of the dictatorship are doing interesting things, and many new initiatives are opening in Barrio Italia in Santiago. Chile has an interesting technological history. During Salvador Allende’s government, an early version of a big data real-time decision support system called Cybersyn was developed to support economic and socio-political processes. It is a good example of how the technologies we devise define the cultures we create, and vice versa. I am interested in systems and how they influence human subjectivity and sociality, like the Internet today. 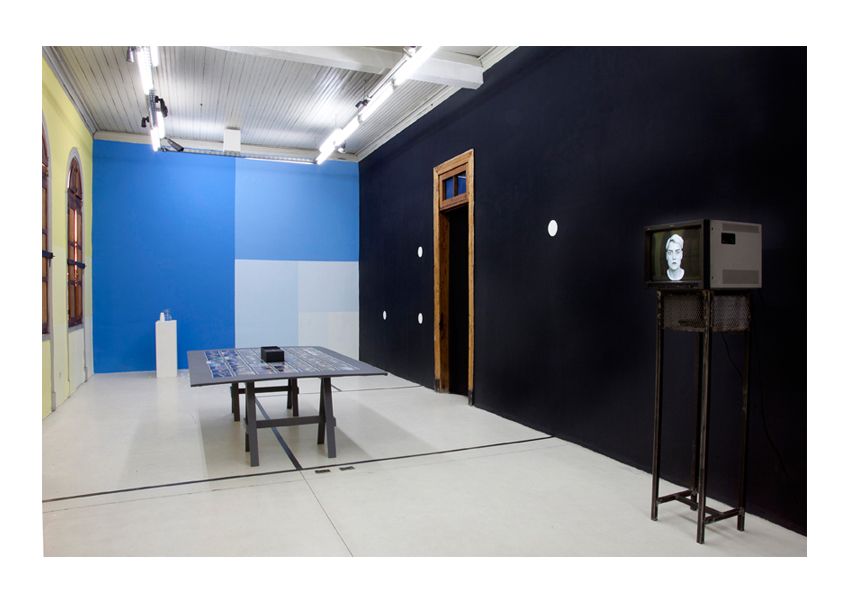 Half Past And Half To, exhibition by Carsten Höller at Die Ecke. Photograph courtesy of Die Ecke. 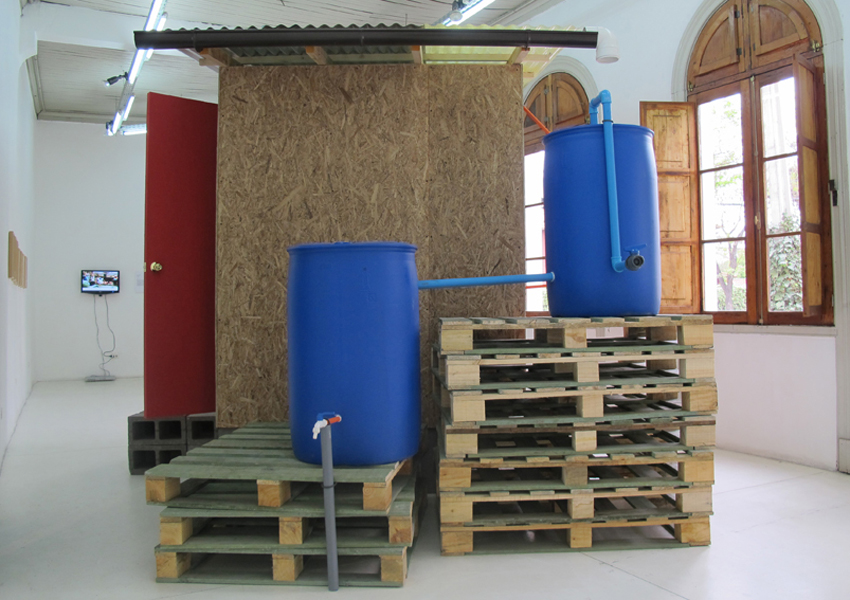 AN: Speaking of your interest in systems theory, can you tell us something about your research into the subject?

SH: I am really interested in system theories from the past century and how these ideas relate to today, for example in molecular biology or complex systems. I am interested in autopoiesis, how systems evolve and are capable of maintaining themselves, as well as possible forms of interruption. I like to imagine symbioses between humans and other entities – be they “nature,” other animals, or machines – and not to have these artificial divides that are a crazy modernist project trying to place us in a superior position. There is no evidence or reason why that should be good or real or true, you know. Evolutionary theorist and bacteriologist Lynn Margulis for example describes evolution not in the Darwinian sense of competition, but rather as symbiogenesis between different entities, assemblages, and couplings that mutually influence each other while they evolve together. Today there are interesting artists working with these themes. Agnieszka Kurant questions and creates systems, for example using the labor of ants to build complex structures, and Ian Cheng doesn’t make art about the Internet, but understands it as a system in itself and makes works using digital codes.

I also find bitcoins super fascinating, like a social contract that almost feels like it could be an art project. [laughs] People agree on it, and just because of that it has a value, it becomes real. It is the virtual having become actual, and I think this is what art is best at, creating new systems.