A Moment in Paris with Actress Josephine de la Baume

Up-and-coming French actress Josephine de la Baume is dividing her time between Paris and New York. Her great mind and sensuous forms is enough to seduce any living creature in her way and she certainly knocked talented producer and musician Mark Ronson off his feet – the couple married in a fake wedding ceremony for the July issue of the French magazine Jalouse. When Josephine doesn’t play in a theatre play at the Lucernaire and shooting for an upcoming but at the moment very secret movie, she spends her nights djing.

Is there a special story behind your name?

Both my parents hesitated between Marie, Eleonore and Josephine and when we all finally met they thought I really looked like a Josephine …..I still have all those names. I’m called Josephine Marie Eleonore de La Baume…God!!! Could you sound more French!!

What kind of working girl are you?

I’m a hard working person, and I like being busy. I love what I do and it’s the kind of profession when you do have work, you got to cherish it ’cause you never know what’s next!!

Do you have any pathology or obsession?

I have vertigos when I’m anxious and I used to try to not walk on the lines in the street when I’d think of it…trust me it sucks in Paris, the streets are full of them and tricky ones as well.. I’m getting better!

Which animal inspires you the most?

I’m shooting a movie right now in a castle where the movie Peau d’âne with Catherine Deneuve was shot. It was the first movie I ever saw, stepping from cartoons to movies. I watched it like 50 times or something. So I wanna say donkey. And my boyfriend’s dog Maude. She is the most beautiful, elegant and tomboyish dog.

Photography and words by Sophie Caby 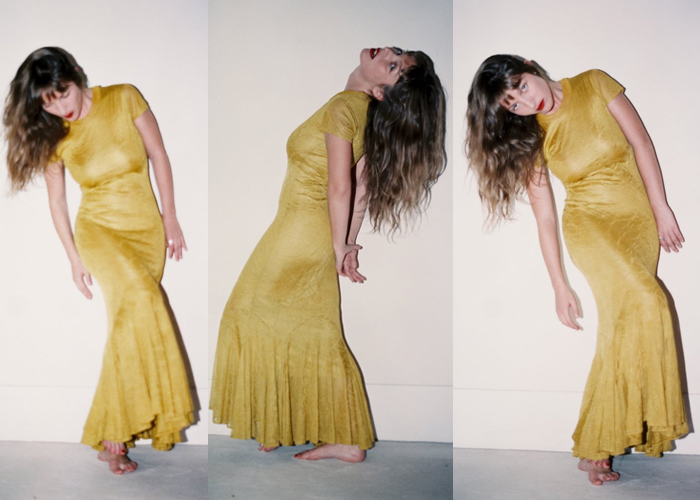