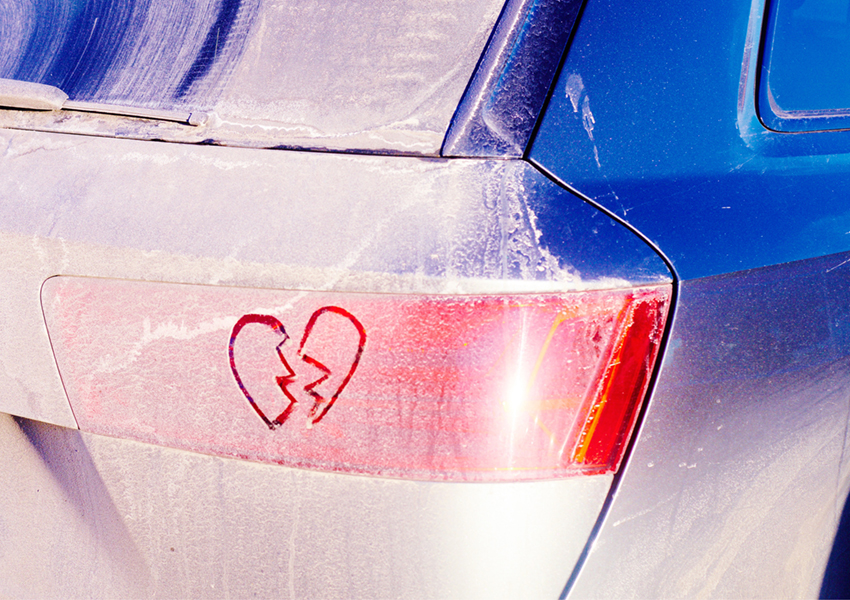 In one of the images in the latest book by the artist and photographer Louise Enhörning, there’s a finger-drawn broken heart in the grime on a car’s red tail light.

“I wanted to find strong colors that represent the different emotions that can be evoked in love,” says Louise Enhörning when she shows me her book Agape that accompanied the exhibition by the same name at Loyal Gallery in Stockholm. Louise explains the title as a metaphor for what love is and can be.

“Agape is a Greek word for love that is also found in the Bible, like God’s love, but it is also unconditional and unsexual love. I imagine that contemporary man can feel that love for nature,” says Louise.

On the cover of the book is a close-up of a coral, in shades of pink and magenta, from a series of underwater images. In her research, Louise looks for specific hues or sometimes puts colored filters on either the lens or on lamps when she is shooting. No advanced digital manipulation to enhance the colors takes place.

“The five series in Agape all have a personal starting point in self-portraiture. So, I’m included in many of the images in a subtle way, like here, for example,” she says, showing me a picture in green and yellow from the Transformation series, with branches and berries in the foreground, illuminated with a flash. Louise’s shadow gleams in a window in the background. 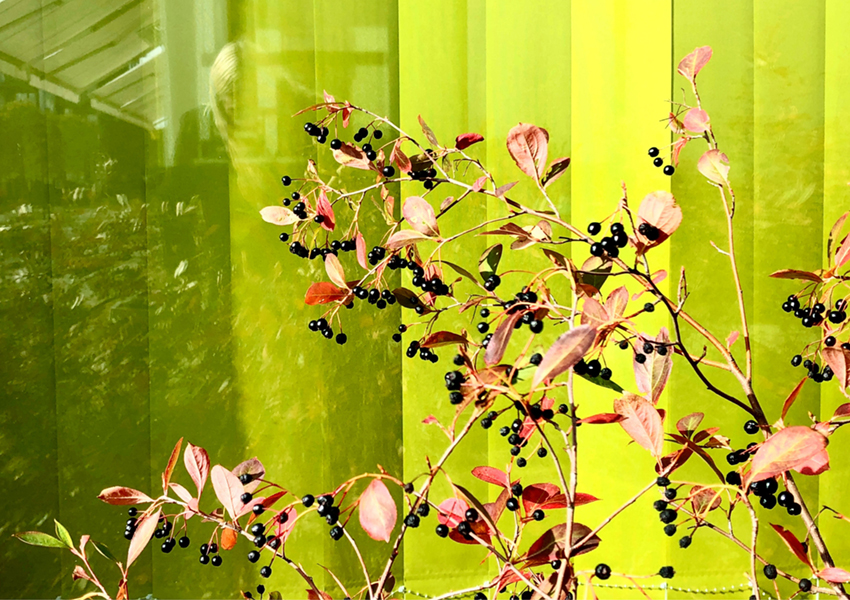 “Although not all of them are snapshots, I still want that feeling, that there is some impulsivity in them. I want to shoot the present moment so everything is photographed digitally with different cameras.”

Love comes in many forms but is at the same time volatile and elusive. It is fitting that there is no nostalgia or processing of the past in the pictures.

“I don’t think my interest in love is a coincidence. It is time for a second wave of a kind of Seventies spirit in response to environmental devastation and political right-wing extremism. Many people today say that they vote with their hearts and our love for nature is growing stronger.”

When Louise became a parent six years ago, she began to study our unsustainable patterns of consumption through the world of children. She visited playgrounds and toy stores, and photographed the images for her previous book and exhibition Toys R Us (2016) in various parking lots outside shopping malls in Sweden.

“Early on in life, we are sold a certain definition of love. Baby stuff is covered in hearts and Disney characters. I tried to take pictures of the toys with the same sensitivity as when I’m photographing a human being. I wanted to interact with them as if they were individuals and show them some kind of respect.” 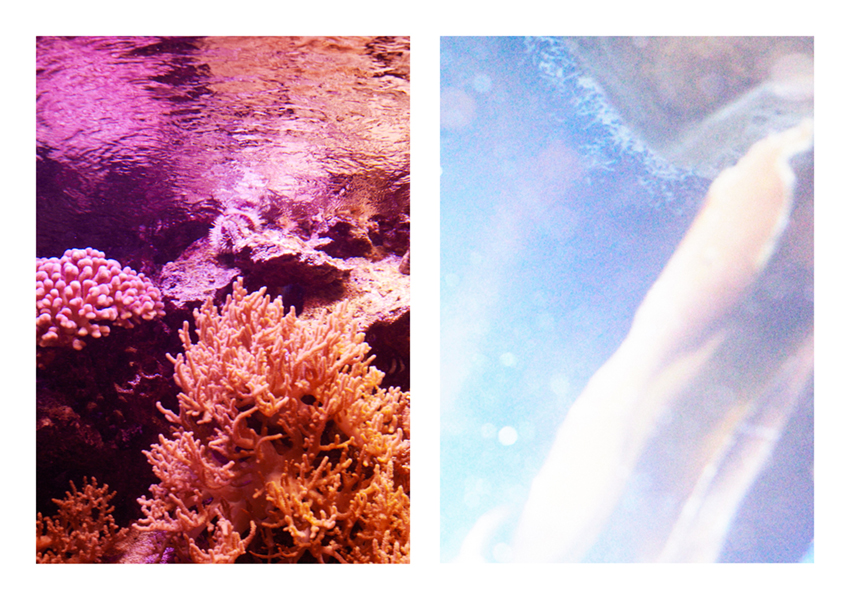 Louise, whose last name “Enhörning” means unicorn in Swedish, has a career that spans more than twenty years. At the turn of the millennium, she got some of her first assignments and started working with fashion in a stripped-down and unconventional way. Just like in the Agape exhibition, Louise’s fashion images have consistently had a sense of being snapshots, with daylight and limited staging. She photographs the models – sometimes professional ones but usually young women who are acquaintances or whom she has street casted – in environments where they feel relaxed. Often in clothes that look like their own and natural makeup. It is the beauty of their individuality and personalities she wants to bring out. In the book Swedish Girls – A Tribute (2014), which she published in collaboration with photographer Nina Andersson, she collected some seventy portraits. Swedish Girls concludes with a self-portrait where her face is partly hidden by backlight.

“I was very interested in artistic expression when I was growing up, but what struck me with photography was this exciting surreal aspect that you can never really know for sure how the end result will turn out, unlike painting, which is so controlled.”

Louise’s father is a trained artist and furniture carpenter. He had his own studio at home in their house outside Stockholm, with a lot of art material and several cameras that Louise started borrowing as a little girl.

“I started shooting at the age of fourteen. When I took a photo course, I discovered that I was much better than everyone else. Nobody understood how the technology worked while I thought it was really fun to work with the camera, develop the pictures and print by hand,” says Louise. 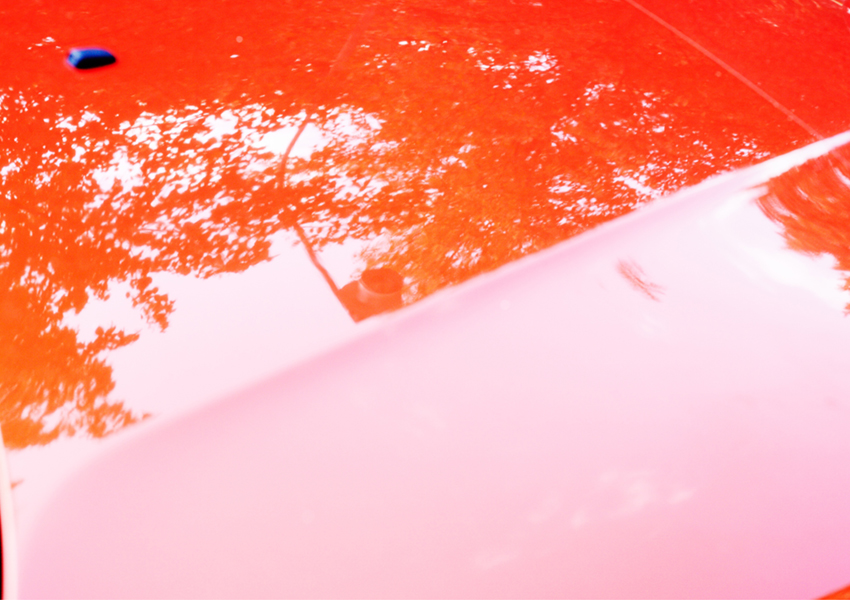 Louise lived in Paris for many years and worked on assignments for the likes of Hermès and Agnès B. She was included in the anthology Shoot: Photography of the Moment (Rizzoli, 2009) among photographers such as Nan Goldin, Wolfgang Tillmans and J. H. Engström. She also worked closely with the fashion designer and illustrator Lovisa Burfitt.

“It was Lovisa who suggested that I stay with her in Paris. The photography scene was very exciting. The atmosphere was pretty indie punk. I went from sleeping on Lovisa’s couch to growing up and living in a pretty nice three-room apartment with my family and being part of a parent cooperative school. Paris has been a big part of my life.”

Louise presented her book Agape (Art and Theory Publishing, 2019) in conjunction with Paris Photo, the photography fair at the Grand Palais. In the book’s closing text “This is Love, Yes, Yes” by art critic Lars-Erik Lappalainen, he writes about one of the photographs from the series Transformation. In the grime on a car’s red tail light, someone has finger-drawn a broken heart. Lappalainen is impressed by Louise’s capacity to both feel the power of such symbols and accept them as “cringeworthy.”

“His text is such a good read because it raises questions about love. That’s how I imagine the pictures too. Does romance exist at all today when it is so capitalized? What do other people think about love? What do I want to explore? I have no answers. I guess my search is rooted in my own failed love life – that I have wanted to find out what I’ve done wrong along the way,” Louise says with a laugh. 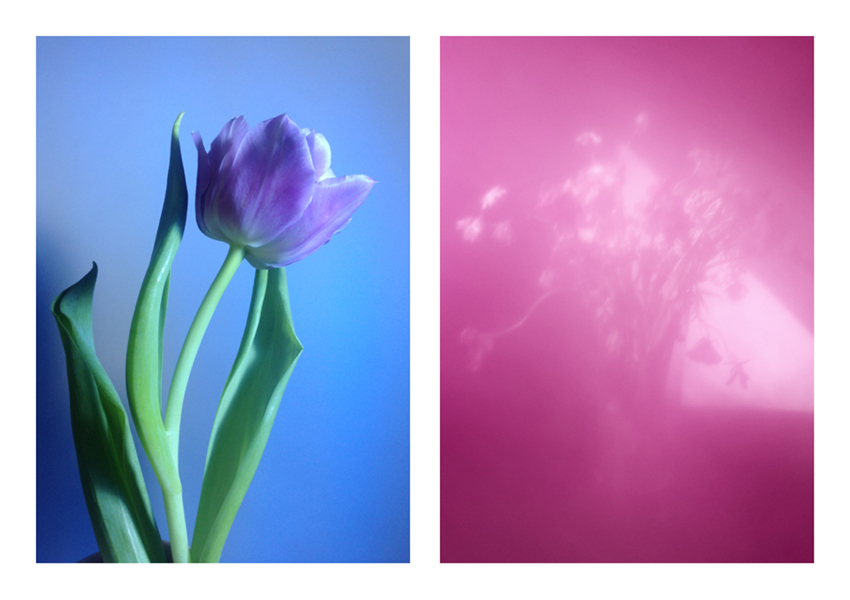 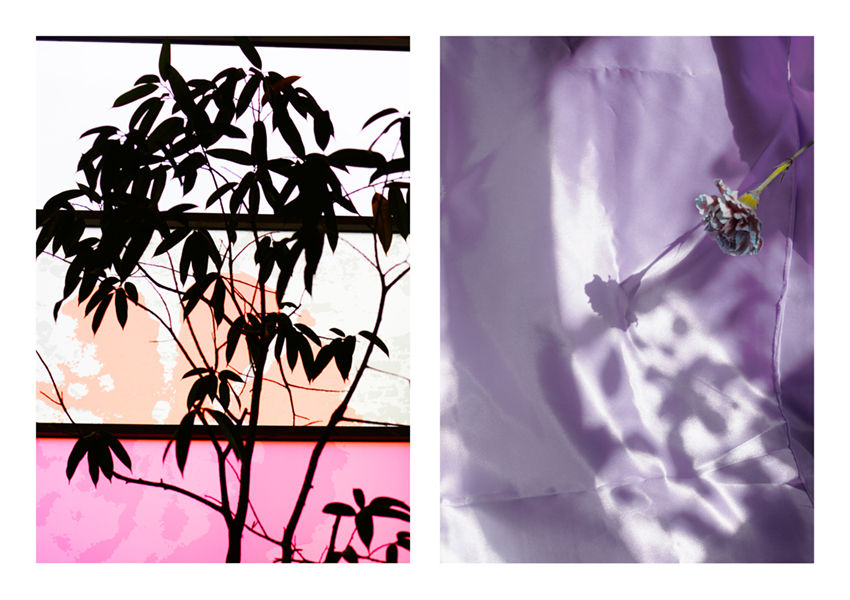 For more information on the work by Louise Enhörning, visit loyalgallery.com or louisenhorning.com. The book Agape is available at artandtheory.org and in selected stores worldwide, like Librairie Sans Titre in Paris, Konst-ig in Stockholm, Louisiana Museum of Modern Art in Denmark, Post Poetics in Seoul, Architectura & Natura in Amsterdam and Tronsmo Bokhandel in Oslo.