When you are touring with a rock band it’s hard to get a good opinion about the places you are passing thru. If you’re not too hung over to walk the streets you might have an interview, sound check or an emergency band meeting. Judging from the name “Tourcoing” it seemed like a good town to be in during a tour though.

I walked around the small town for 20 minutes and spotted a man with a trench coat, 2 old churches, 5 baguettes and a lot of teenagers making out, smoking cigarettes and teasing each other. Just like in Sweden except for the baguette. 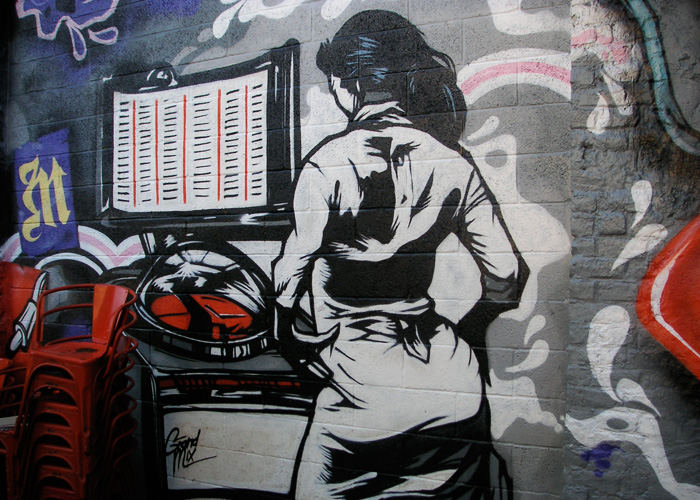 On the back entrance of the “Le grand mix” venue there was a nice wallpainting (pictured above) and PB&J are actually going to invest in a jukebox for a Swedish restaurant called “Sjöhästen”. We just need to decide what music we should put in it.

In Paris I went to the cemetery trying to find the grave of Mr. Morrisson. I couldn’t find him so I took a picture of another guy instead. Then I deleted that picture by mistake. Here is a picture of a pizzaplace: 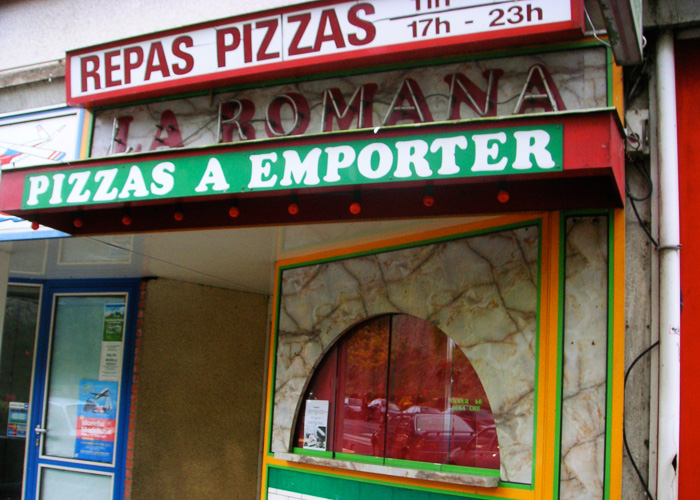 In Paris I tried to learn a French woman how to speak Swedish which was really hard. She wanted to know how to say: “Where can I find a Swedish man without a mustasch” and there are no good words for that in Swedish. Wish I could speak French though, it sounds so cool and sexy when they speak in this country. Not like Swedish which sounds kind of unfocused I think. 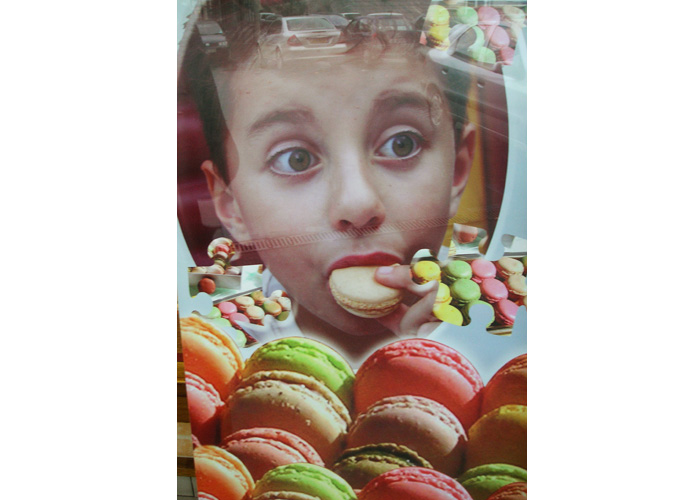 Ahh, macarones. One of our favorite kind of sweets. Apparently kids like them as well.

Apparently this city was destroyed during some war and I think that this town feels more Finnish than French. There is a castle, some cool concrete church towers from like the 70’s and a pub called “Le Scottish” but I would not buy an apartment there. 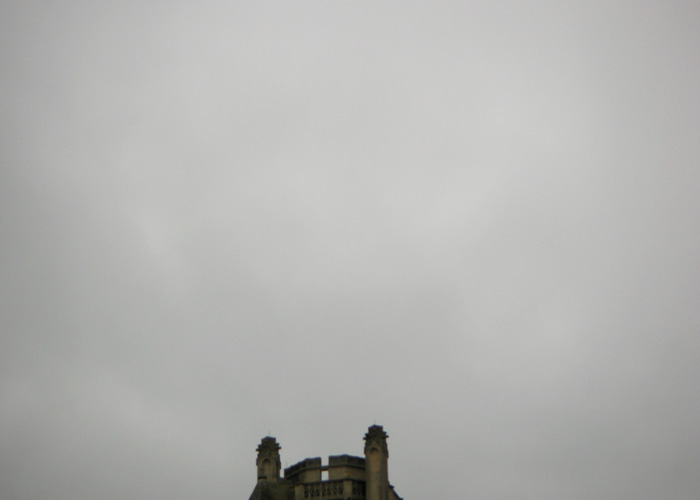 Nice painting on the wall of the venue in Saint Lo. The kid looks just like one of my cousins: 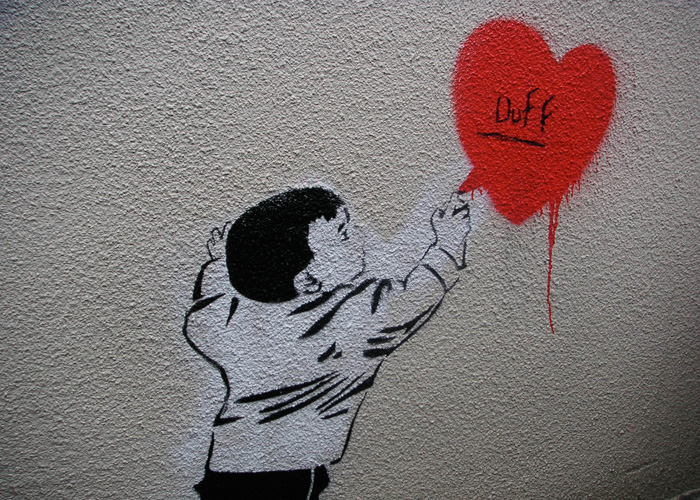 Before the gig we had some snails at a cozy French restaurant called “Paul and Roger”. Peter had never eaten snails before and just like my first time Peter couldn’t get the slug out. He managed to break the shell and squirted the garlic and parsley butter all over his favourite sweater. 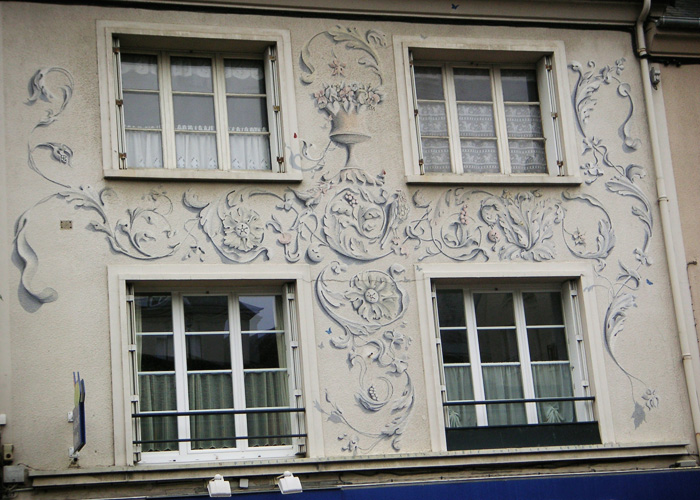 These are two pictures of different sorts of windows in Saint Lo. I would like to have the most expensive window please. 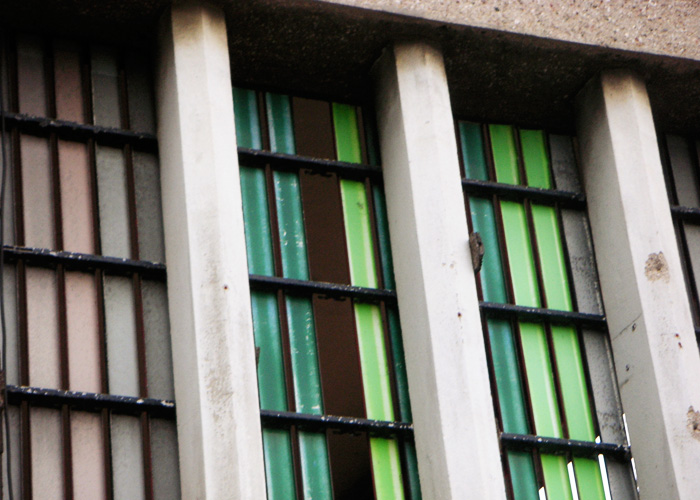 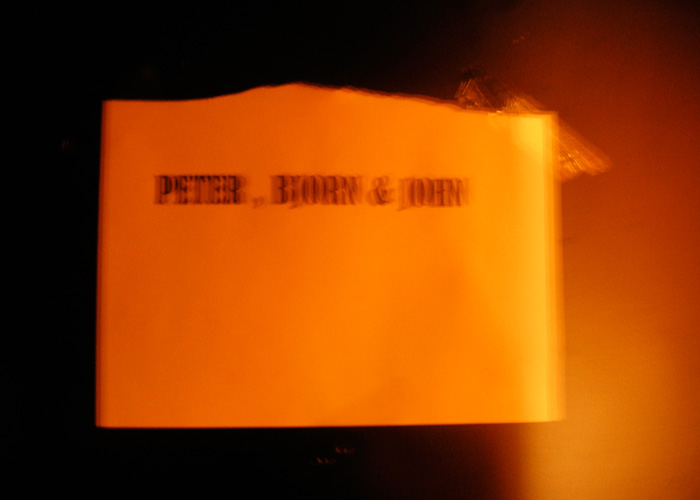 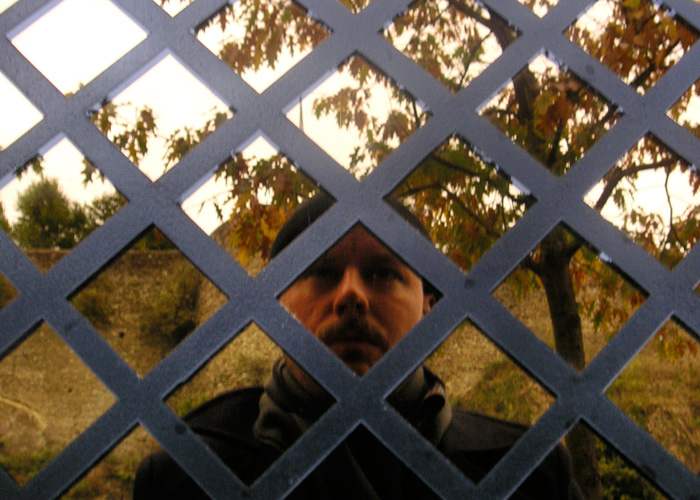 Text and Photography by John Eriksson