Antony, Royston and Christian. Three  brothers sharing an immense attraction for music, a disconcerting and genetic sense of humor, and mostly, a beautiful face as it can be rare to find in Leeds, Nothern England. Antony and Royston, the oldest ones, are the creators of the illustrious band Spacehog and the 3 of them leads Arckid. It is only when they are reunited that you can see their great differences through the resemblance. Editor Sophie Caby asked 3 ingenious questions where the lads answered with an endearing sensitivity and consistent humor.

What is your favorite candy?

Antony: I have always enjoyed chocolate and chocolate of any description I enjoy. I particularly enjoy English chocolate. Cadbury’s and Rowntree as well as Terry’s were all English chocolate purveyours. My favorite was Cadbury’s flake. In the 1970’s the TV commercial for the Flake with a song that went “only the crumbliest flakiest chocolate, tastes like chocolate never tasted before”. She was right. The commercial featured a beautiful 1970’s blond girl eating the phallic flake in a provocative manner, while strolling in a field of poppies. Indeed candy was central to my childhood. It stimulated me, sedated me, it appeased me and at times served as my raison d’être. I remember my grandfather whispering under his breath, as if revealing a secret “here you go kid, get yourself some spice (Yorkshire vernacular for candy) while pressing two pennies in to my addicted hand. Then off i would run, triumphant and insane. It was to the local shop i would dash to buy two pennies worth of brightly colored chewy things, with names like Mojo, Fruit Salad or Black Jack all at three for a penny. Second choice would be Fizzels or Chewits or Flying Saucers. Yes, candy was used as a bribe to get me to do my chores and if i cut my knee, candy was used to soothe the pain. Candy i love you. A point of note for the young candy eater; I am missing four teeth.

Christian: Well, as far as candy goes, id like to think i am a something of an expert…My fondest and earliest memories of candy date back to when my, (our) dad owned a news agent (bodega without the shopping, but with the newspapers/magazines) close to the home i grew up in. 40 Grove Lane, Leeds, England. Don’t look for it its not there anymore….Anyway, i frequently used to slip out the back yard of the house, up and across through Mrs bells (she’s dead) then up through Mr and Mrs Sparky’s (also dead), then the final furlong up onto Alma road and then a quick right from the main road to our Dad’s newsagent/sweet shop….By the way, in England you call it a “Sweet Shop” not “Candy Store”…. I would then find myself in a sort of “Charlie and the chocolate factory” kind of mood. Everything was edible, and more to the point….free!!! But as always within a few minutes the young man or woman manning the shop, (as my father was tucked safely in the front room of our home watching the cricket, completely oblivious to the shenanigans going on less than 1 mile away) would make the call through to HQ (our house) and inform Lord Langdon of the situation. Ahh……. Whats my favorite candy you ask, well i would have to say you cant beat a quarter pound of fruit salad, any day of the week.

Royston: To me candy is a tool of sorts. Each situation presents a different challenge when reaching for a sweetie and the right tool for the job. I have always been known for my love of Trebor’s ‘Extra Strong Mints’. I’ve found great comfort in this candy at times of stress and panic. I always travel with these handy. Particularly when traveling by air. I loathe flying but with and Extra Strong at the ready the thought of extreme turbulence or hijack doesn’t phase me in the slightest. Should I need to win favour with a difficult child however, I would much prefer to have something fruity and chewy at the ready. Rowntree’s ‘Fruit Pastels’ excel at this as they are impossible not to chew therefore making the most Tasmanian Devil child distracted enough to extricate ones self immediately from the situation. When visiting the cinema I like to reach for the big guns in order to ensure a cryostasis like shutdown of my motor functions enough to ensure enjoyment of the most tawdry of movies. ‘Goobers’ I’ve found deliver. They can only be found in American Theatre’s by the box. They can be added to one’s popcorn for the ultimate enjoyment. 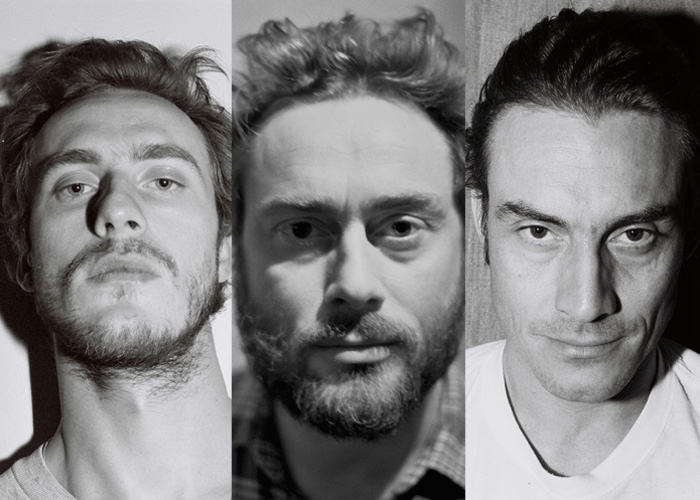 What is your favourite car brand?

Antony: I started driving at the age of 11. Sitting on my fathers knee i was allowed to take the steering wheel as we chugged around a disused coal yard at the local train station. It was 1979 and he drove a Morris 1100, an old English car painted racing green. I loved driving then and i love driving now. I love cars and i have witnessed my taste of automobile change as as time has passed. As a young boy it was all about speed and flash. Today i have a 1979 Mercedes 300SD, a diesel, which must mean i will die soon. It’s not fast, however it is chic and built like a tank with an engine famous for durability. They call it the million mile engine. My favourite car of all time is the Alfa Romeo GT Veloce made from 1967-1971 in my view it has a proper balance balance of cool and performance. It says “I am very good looking”.

Christian: One of my best friend’s had a mother, and he still does. She didn’t believe in driving cars, nor did his dad, they both thought it was bad for the enviromeroisjfidsfvhugh………BORING !!!!!!I love driving, always have, and like my brother I learnt from an early age, though I never had the pleasure of sitting on me dad’s lap. Instead I got to sit between the thighs of a balding, car loving, tax officer fearing family friend, who’s name shall richardmaine anonymous… Funnily enough my first experiences turning the wheel of an automobile are in the same dead sheep factory or “Tannery” my eldest brother Antony has spoken about. But my fondest memories or driving as a youngster is when, the same family friend would take me up to an old airport runway strip that had been converted to a driver learning center. You had to be 16 to drive (17 is the legal age in the UK) so it was perfect for me, being 12. Over those tender years between 12 and 17 i drove 2 Alpha Romeo Spiders, one from the early 80’s one from before that. I also drove an Aston Martin DB6 (James Bond’s original car minus the soft top), also a 1992 Ford Cosworth Sierra Turbo, that went like a Zulu on a hot tin roof, and last but not least a 1993 Peugeot 205 Diesel (My first ever car). So in answer to your question, I’d like to say the Peugeot wins it for me. It never broke down, it handled like the messiah, and because it is a diesel it cost nothing to run…..My favorite car brand is Peugeot.

Royston: My all time favourite brand would have to be the ‘Hispano Suiza’. They were originally built by a Spanish company but I believe went bust and started building cars again in France around the early part of the last century. They are extremely beautiful machines and quite rare and extremely expensive. I recently bought a 1981 Alfa Spider. I love it. It spent most of it’s life in storage so it’s quite mint. It’s not particularly fast but it takes me back to a more romantic period (it was designed in the 50’s) when driving midst the faceless machines of Los Angeles. Should I wish to be faceless I drive my Prius which I detest. 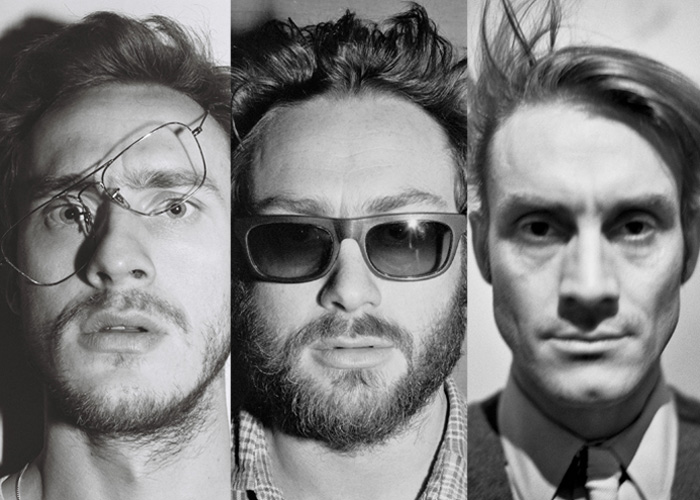 What is your favourite year?

Antony: I was born in 1968 the first summer of love so like anyone who was there “68” is burned in to my psyche. In 1982 i lost my virginity. Now 1988 was a big year, as in the UK it became known as the second summer of love after the rise of acid-house music and the Manchester scene. An amazing year it was. Drugs had found there way to the minds of the British masses. Football hooligans put down their blades and put on smiley t-shirts and danced in fields with off duty police officers buzzing on ecstasy. It was 1989 I did my first line of blow in NYC. Simple answer? My favourite year is 2009 the year i fell in love baby. Now stop asking silly questions.

Christian: Hmmm ?? There have been so many in my life time, but something is telling me to choose a year beyond my lifetime,…the past. I love history, I feel guilty that I wasn’t around to help in harder times gone by. My Nana always told me about how good I had it, and how hard she had it. I romanticize about the roaring twenties in London (being rich, of course) how wonderful that would be, playing Jazz, smoking cigars, selling and buying, buying and selling…. But then not knowing about the horrors that lay before you, depression, war, The Blues, ROCK ‘N’ FUCKING ROLL !!! So maybe not…..” This time next year rodders, we’ll be millionaires !!) I always liked that saying, it’s something me and me mates (in leeds we say ” me and me mates, instead of, my mates and I, or me and my mates, just to let you know ) would say back in Leeds, UK around the millennium period.

Needless to say I am NOT a millionaire, but as I have grown older I realized that’s not my goal in life, and to be honest I’m not quite sure what is. So, did I answer this question? The answer is …1996. I fell in love for the first time, I lost my virginity (still haven’t found it), the day after I lost it I flew to New York City for the first time in my life, to see my brothers in their new habitat, living the dream, showing me America, from that moment on I knew what I wanted to do in my life, it just felt so right, I wanted a piece of the pie. I was still just a kid, but I remember flying back home to Leeds and me dad picking me up from Leeds city station, and I was thinking to myself, “I can do anything I want now, I have seen the light,no one can touch me”, yeah man 1996 !!!! Written, produced, recorded, realized, edited and directed by Cynthia and Chester Langdon.

Royston: In 2004 I became a father. I’m not sure that anything could eclipse the depth of joy of this. He’s the best thing that ever happened to me……… ever. Photography and interview by Sophie Caby.